1.Rich in enhanced high-quality inhibitor,long-term using can prevent the tank from corrosion leakage,and prevent the rubber components from erosion.
2.Can early detect and avoid water leak damage,ensuring driving safety,because of the addition of the new hight-quality fluorescent material.
3.Excellent in antifreeze,anti-boiling,anti-scaling,,allowing the car to maintain healthy operation state.
4.Has highher equilibrium boiling point, no color chaange and deterioration,can last for all year round without changing the fluid.

The full name of antifreeze should be called antifreeze coolant, which means coolant with antifreeze function. Antifreeze can prevent the coolant from freezing and bursting the radiator and freezing the engine block or cover during cold winter parking. 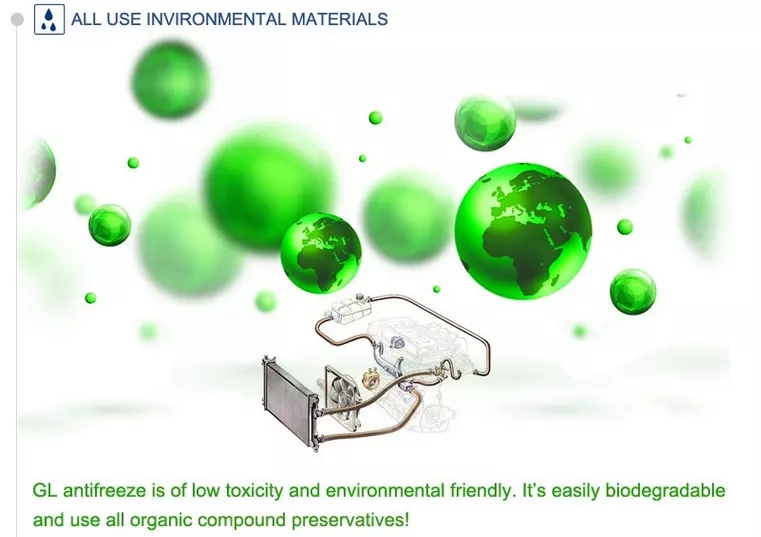 2. Prevent scale and avoid reducing the heat dissipation effect of the radiator.

3. Ensure that the engine can work within the normal temperature range.